86. The Archaeology of a Box: (6) Mementoes of a Working Life 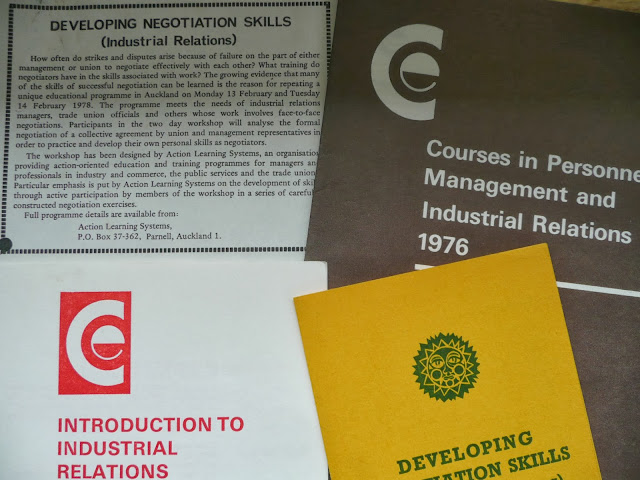 I find a manila folder in my box full of papers related to my work life at Auckland University. These include: 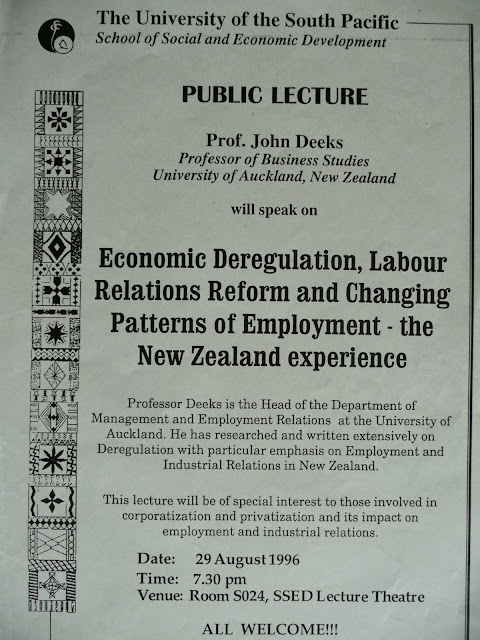 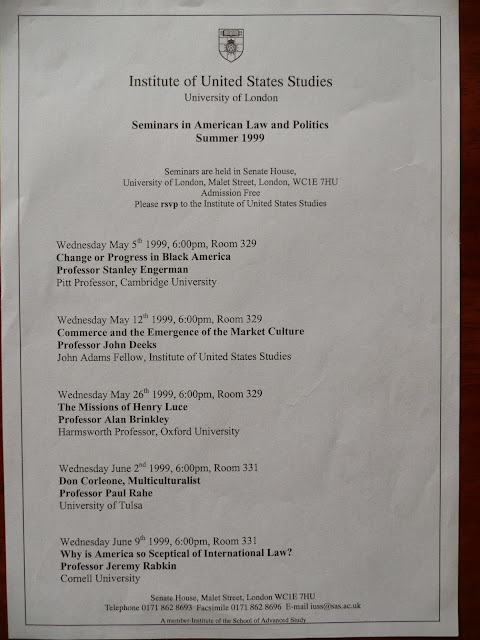 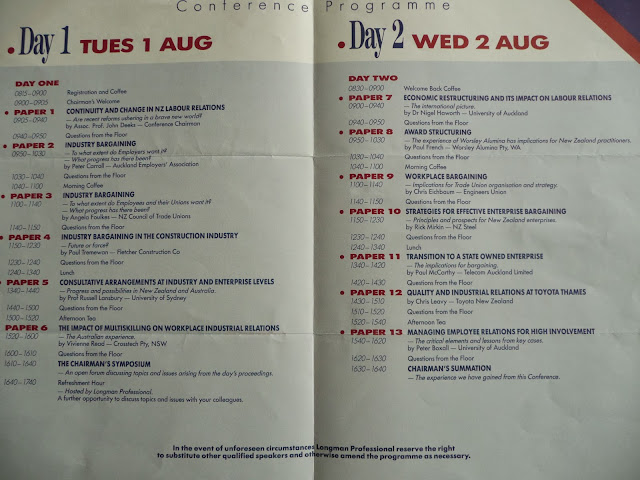 Also in the folder are some brochures and programmes from courses I was involved in during my early years on the staff at Auckland University. My first appointment was as Senior Lecturer in Business Studies in the Centre for Continuing Education. As indicated in an earlier blog (blog 75, 17 November 2013), my appointment in 1972 was the first full time business appointment made by the University. Prior to that there were a variety of evening class offerings through the Centre for Continuing Education and, in the Engineering School, a part time Diploma in Business and Industrial Administration. The business lecture courses in these programmes were conducted by staff from different departments of the university (generally within the Faculty of Commerce) or by practitioners contracted in from local organisations. When the Management Studies Department was established a few years later with the appointment of Brian Henshall as Foundation Professor, I began to teach lecture courses as part of their curriculum and formally transferred to that department in 1977.

In 1974 one of the programmes I organised and participated in was an 'Introduction to Industrial Relations.' The fees were $1 per lecture. The lecturers and outline of course contents are set out in the brochure below. 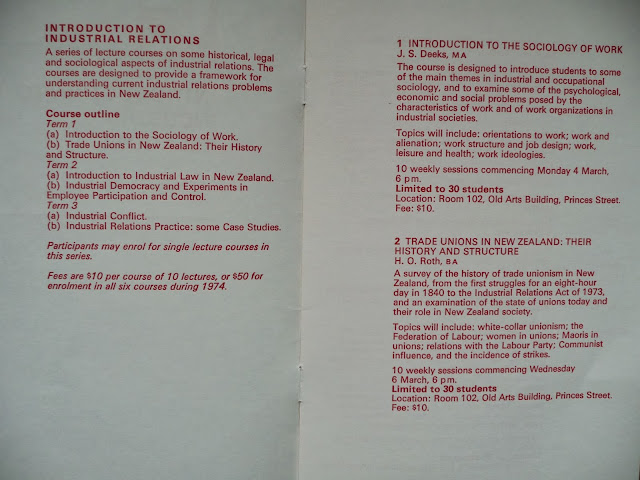 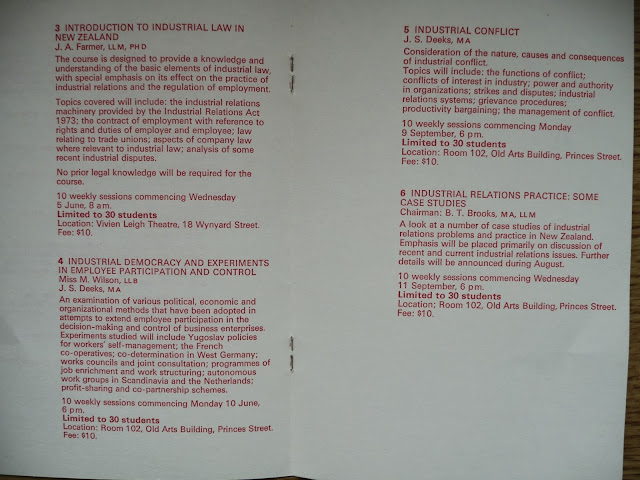 When my wife Mary was diagnosed with cancer early in 1977 she inevitably soaked up a lot of her sick leave entitlement from her job as the first Head of the new Hairdressing School at the Manukau Technical Institute and we decided we would need some additional source or sources of income. Consequently we both set up small businesses that we would be involved in on a part time basis, in her case the Hair Design Studio in Otahuhu and in my case Action Learning Systems. The Studio opened at the end of October 1977 and on the same day I ran my first Action Learning Systems workshop (see blog 85). To the best of my knowledge this workshop on Developing Negotiation Skills (Industrial Relations) was the first ever offered in New Zealand on negotiation skills, though there was considerable interest at that time about how best to conduct business and trade negotiations with the Japanese (as there is now with the Chinese). A brochure for the workshop is set out below. I have no record of the fee charged. 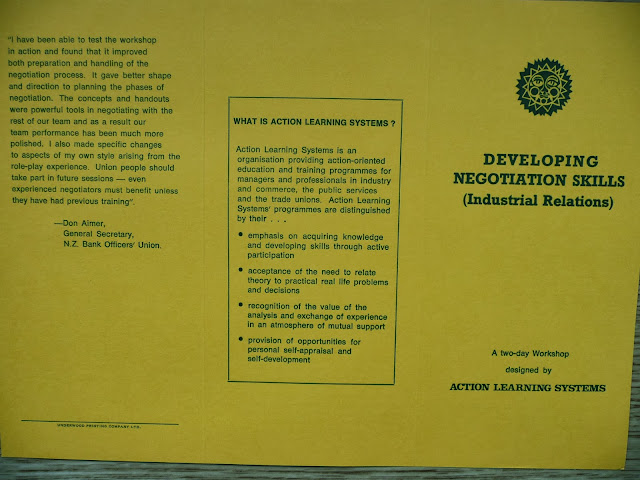 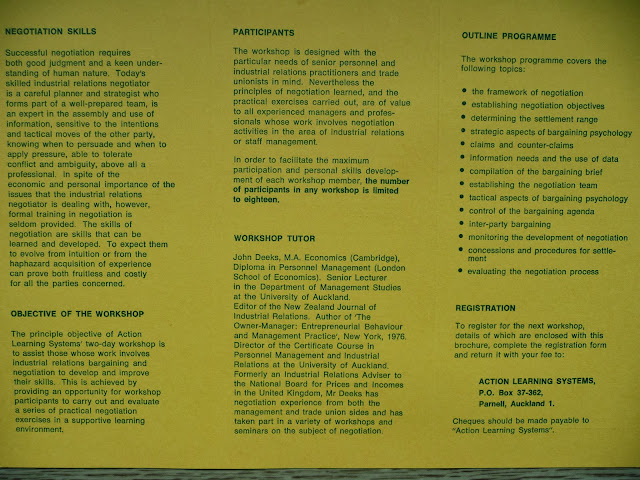